skip to main | skip to sidebar

Oops, I Did it Again

Apparently in addition to celebrity gossip sites and fast food, I accidently gave up blogging for Lent. My deepest apologies, to any dear readers I have left. It seems like when I have the most notable things to write about, I use my business as an excuse not to write.
Since my last post, I've agonized over an amazing job offer and possibly had the shortest non-relationship ever.
I was offered an event planning job that wanted about twenty hours of work a week from me. While it's everything I've ever wanted, it would also mean I'd be working about 55-60 hours a week for the rest of the semester (between all my jobs), as well as going to class.
As a result, I'm still looking for a summer job.
On the romance front, I met an amazing guy (actually the one from my last post). Great conversationalist, lots in common, sweet. After a few dates (Thursday night, we sat on the roof of a campus building for about two hours and just talked)  and group hang outs, we essentially spent the entire weekend in bed together. The thing is, physically, the relationship hasn't progressed past the point of a very conservative 10th grader. I'd just forgotten how nice it is to be held and lay in bed with someone all day laughing.
However, Saturday night he told me that he had had feelings for his best friend. After vocalizing them, they hooked up a few times, only for her to (apparently) go crazy and not want to speak to him again. This all happened about two weeks before we met each other and he's been in a fairly dark place.
He jumped between saying 'I feel like this is a mistake, but I want to make it,' to saying maybe it's good for him and asking if I thought he'd make it back into my bed again.
He's stopped by a few times since then to get some music from me and hang out and there have been some great online conversations. However, our hanging out has had zero physical interaction, aside from his hand on my hip for all of two seconds.
I guess I'm just frustrated. Everyone else seems to find perfect things; why can't I? Everyone who gets to me is so damaged, they feel they're beyond repair. What am I supposed to do with that? Plus I don't want to throw myself into a situation where the other person is still attached to an idea.
He took the bulk of the initiative in all of this. If you're not sure if you're ready for anything romantically, then don't ask a girl out for brunch; don't make an effort to go out and meet her friends; don't walk her home; and don't stay until one pm the next day.
I'm excellent at compartmentalizing my life. I've become cynical to the point that I can block out a lot of things from my heart. But stuff like this? This is how you get attached.
Pair that with the fact that my roommate is so coupled up with her boyfriend, I don't think I've seen her alone in well over a week, and, well....I'm just going to set up camp in my bed with Radiohead on repeat for the night. Don't mind me.
at 8:01 PM No comments:

Please Check Yes, No or Maybe.

I have a crush.
I don't think I've typed these words since I was in junior high school and adventuring into the realm of instant messenger for the first time. However, I have all the symptoms: butterflies in the stomach, hair flipping, nervous giggling.
One of my one campus jobs has about 80 employees; I recently worked a rotation with one I had never met and the four hour shift literally flew by.
Pluses: He caught my nerdy references (such as when I mentioned Caligula), he makes mixed CDs and he considers Natalie Portman in Garden State to be his ideal woman (a guy once compared me to her; I still consider it the greatest compliment I've ever gotten).
Drawbacks: He plays his acoustic guitar at coffee houses (ack. emotions?), he wears white tennis shoes with jeans (I abhor tennis shoes outside of exercise) and he may or may not have a girlfriend (his relationship status isn't listed on Facebook and his wall is taken over by some girl)
The jury's out on how this will end up, but for now, I don't mind the ride. There's nothing wrong with a few unnecessary butterflies.
at 3:53 PM 1 comment:

Academics and Other Regrettable Endeavors

So it's time for me to perform an academic audit since I'm an upcoming senior (oh christ....)
As a government major, I have to take two quantitative courses, which translates roughly to 'bane of my existence requirements.' I'm not good at math or science, which is exactly why I'm a government major. I don't deal well in absolutes.
So I thought I was done with this terrible requirement UNTIL the audit occurred. Apparently for all major requirements, you have to have a C or better. In one of the classes (which ruined my life last fall), I got a C-. Now it might not even count for anything.
Fuck my life.
What I don't get is why the plus / minus system even counts for anything here. They doesn't change our GPA at all unless grad schools recalculate them.  That's going to be my argument when I meet with an advisor.
Then again, it's possible this will all be a non-issue. I discovered this late Friday night, so I've had all weekend to dwell.
In other news, I survived Valentines weekend mostly in tact. The only real problems are the fact that I've lost my voice and probably overworked my liver. No biggie.
at 5:09 PM 1 comment:

One of my favorite things about my current politico-job (okay, internship) is  that there's a real speaking tradition. People in the elevator are are wishing you good day and everyone you make eye contact with asks how you are, regardless of gaps in job titles.
It's very reminiscent of all the southern schools I wish I had applied to when DC hits mid-January.
So today, upon passing a Senator I frequently deal with in the hall, I nodded and smiled.
The (gentle)man with him, a lobbyist I think, winked at me.
Dear Sir:
While I may look young for my age, I am still old enough for this to fall strictly in the realm of 'creepy' and far from the realm of 'cute'.
Good day,
Your Friendly Local Intern
at 2:42 AM 2 comments:

If This Isn't Nice, I Don't Know What Is

Ugh. Currently, I'm sitting in my in professional writing class. It's supposed to be a focus on persuasive writing; instead, the perpetually gloomy professor (think a 6'5 Eeyore) focuses primarily on descriptive writing and we spend the bulk of the 3 hour seminar doing out loud read alongs.
Also, whoever is next to me keeps farting. Charming.
However, I can't complain. The weekend was great - the weather was beautiful and I spent most of Saturday letting myself get lost in familiar places throughout the city. When it comes to good weather in February though, I know the east coast is a fickle lover and I should probably expect snow within the next week (it's actually on the forecast for Saturday...)
Also, as a treat to myself, I went and got my makeup done on Saturday night. In an effort to instill more class into my life, I'm going to try to make red lipstick 'happen' for me. While any Star Wars nerd would readily tell you that according to Yoda, there is only do or do not, no try, any woman who has dabbled in stark red lipstick would readily agree that there is a very definitive realm of trying.
It's kind of sad that I feel like I have nothing to write about when my life isn't falling to shambles, but I think Kurt Vonnegut was onto something:

"But I had a good uncle, my late Uncle Alex. He was my father's kid brother, a childless graduate of Harvard who was an honest life-insurance salesman in Indianapolis. He was well-read and wise. And his principal complaint about other human beings was that they so seldom noticed it when they were happy. So when we were drinking lemonade under an apple tree in the summer, say, and talking lazily about this and that, almost buzzing like honeybees, Uncle Alex would suddenly interrupt the agreeable blather to exclaim, "If this isn't nice, I don't know what is." So I do the same now, and so do my kids and grandkids. And I urge you to please notice when you are happy, and exclaim or murmur or think at some point, 'If this isn't nice, I don't know what is.' "
at 7:15 PM 2 comments:

He's Just Not that Into You

So the winner from Saturday night's debacle contacted me today...I was willing to try to play the whole situation off, take the fall as the silly blacked out girl (I was nowhere near blacked out, for the record) and move on. This is where my PR skills should have been shining.
He left mid-convo (damn internet conversations), so I posted this charming bit on his facebook wall:
my roommates informed me I was the better side of drunk on Saturday. When I black out I'm sloppy and try to fight people....sorry if my social niceties were on par with a drunken sailor or a grizzly bear.
And he deleted it!
CLEARLY, he was just SO attractive, I couldn't help myself and just HAD to be with him again.
Please. I just wanted to make in unawkward when we inevitably ran into each other in the future at the one of five area bars.
After a marathon viewing of Sex and the City with my sick roommate this week, I'm starting to think most of the situations aren't quite so outlandish.
at 12:02 AM 3 comments:

Jane Austen Would be Disappointed

It's a truth universally accepted that otherwise successful women will spend far too much time lamenting about the men in their lives, or the lack thereof.
Over the past two day, I have dealt with both of my roommates / bestfriends in tears over guys who don't call as often as they should. One has a boyfriend who is dark and brooding. The other is having sex with a guy who dumped her over six months ago but they're "working through things."
Maybe it's just me, but complaining about your "terrible" love life to your eternally single friend seems just a tad insensitive.
To be frank, my romantic life sucks. Sure, everyone swoons over this guy who calls or that guy who wants to take me to dinner. But they rarely call a second time and dinner usually ends up in some sort of disaster.
Sure I make a big joke of it all and amuse everyone with my antics, but let's be honest, if I wasn't laughing, I'd be crying. And I do cry sometimes, but I have the decency to do it silently in the solitude of my own bed. I'd appreciate the same courtesy.
I understand friends are supposed to pull each other up, but it's emotionally exhausting, especially when it's the same old issues they have the ability to fix.
Maybe I'm just in a terrible mood: the constant cold is getting to me, I'm overworked, I just found out a trip to London I'd been looking forward to is now canceled and my own mother paid more attention to American Idol than me on the phone.
Happy Wednesday....
at 9:05 PM 4 comments: 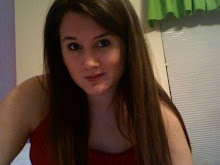 I'm a 20-something Washingtonian, blogging about my (mis) adventures. I like politics, sundresses and b-list horror movies.